It’s almost here! Ultraman World Championships in Hawaii. There’s not much else to do other than to rest, get as much sleep as possible, and prepare everything for the trip.

As always – we’re finalizing the last sponsors in the 11th hour but a necessary evil of sponsorship. But it’s all good, and all will go well. At least the things that my crew & I can control.

As far as training – it went well by default. Coming back from 1.5 year of injury where my running was limited during 2012, and early 2013 – through the late season 2013. The entire 2014 was dedicated to getting stronger, and faster on the run!

In that same short period of time, I continued competing, and later on raced a combined 9 Ironman races. Each race, it was great to see the finish times getting faster, mostly due to continued improvement on the runs. 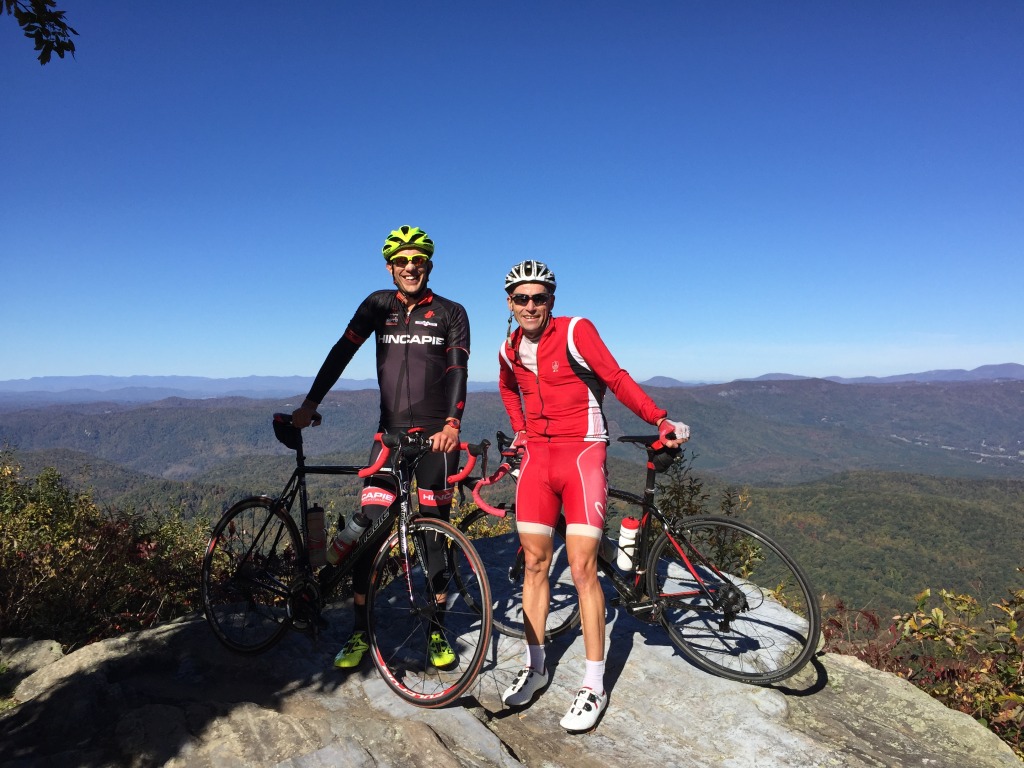 Climbing in the mountains of NC

So – now that the run is strong, combined with a large swim base, and significantly improved bike times, the Ultraman should be a great race.

Stay tuned for more posts as we get closer to the race.

Also, a huge thanks to all of my supporters & sponsors who are making this race possible (might name few more later on depending on the final Ultraman sponsorship):